That’s what they say anyway

Just because someone says something doesn’t make it true.

I’m not sure of what age it was, but I do distinctly remember shouting and whistling at the Northern Lights only for them to die down.

Life turned out to be not entirely true after all and the worlds harsh realities set in.

I never did run into a bear that time I wore my shoes backwards.

I did see the end of a rainbow one time…. It had no treasure.

It made me evolve into the broader spectrum of things.

today was the phrase, “nothing is impossible”

I did cover this topic once, but i’ll get to that in another sentence.

That saying is invalid because of the idea that you can “stand in an empty room”.

Once you stand in the room, its no longer empty. Therefore; it is impossible to stand in an empty room.

So there you go, A reason why Nothing is impossible is an invalid saying.

To hear more truths unveiled, listen in to #MidDaysWithDavey 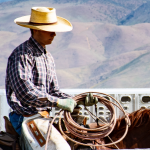