Kevin Hart was scheduled to host the 91st Academy Awards in February, 2019, but will step down amid controversy surrounding past offensive comments regarding the LGBTQ community.

What did he say?

Wednesday afternoon Kevin Hart announced he was thrilled and honoured to be hosting the 2019 Academy Awards in February.  Thursday night, he announced he would be stepping down.
The turn of events followed outcry over previous anti-gay tweets, and comments Hart made during stand-up routines nearly 10 years ago. Some of the tweets were deleted throughout the day on Thursday, leading to an Instagram video from the comedian that only made matters worse for him.

Here’s what he said about WHY he stepped down….

“I have made the choice to step down from hosting this year’s Oscar’s, because I do not want to be a distraction on a night that should be celebrated by so many amazing talented artists. I sincerely apologize to the LGBTQ community for my insensitive words from my past. I’m sorry that I hurt people… I am evolving and want to continue to do so. My goal is to bring people together not tear us apart. Much love & appreciation to the Academy. I hope we can meet again.”

KEVIN HART is OUT. WHO SHOULD REPLACE HIM AS HOST?

I know who I am & so do the people closest to me. #LiveLoveLaugh 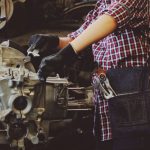 Unemployment Down in ManitobaNCI News 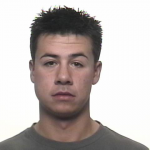